Australia ranks fourth for diamond production with an annual production of around 14.2 million carats. Discover five of the country’s most unique gems.

There are three famous diamond mines in Australia: Argyle, Ellendale and Merlin.

Together, the mines have supplied millions of carats of gemstones to the global market, and individually they have produced some of the rarest and most exquisite stones ever recovered.

In previous years, Australia ranked fourth in world diamond production with an annual production of approximately 14.2 million carats. However, the country is unlikely to take the top spot in 2021.

Silver Price Forecasts – What Happened And Where Do We Go From Here?

That’s because 2020 has been a year of transition for the country’s diamond sector with the permanent closure of Argyle, its only operational diamond mine. As one of Australia’s most prolific mines, Argyle has produced 865 million carats in 37 years, 90% of the world’s rare pink diamonds.

The mine is now being rehabilitated after nearly four decades of production, and its closure has left the national diamond sector in a state of flux. Home to some of the most distinctive kimberlite pipes in the world, there is ongoing exploration, as well as discussions on the restart of Merlin and Ellendale.

“I think Australia is still pretty speculative for diamond exploration,” diamond analyst Paul Zimnisky said. “There have been exploration efforts in recent years which have been somewhat disappointing, but I think the benefits offered are still quite intriguing.

Regardless of what awaits the industry, Australian miners have a long history of searching for unique and rare gemstones. Here is a list of five of the most exquisite diamonds ever discovered in the country.

Recovered in 2001 from the Merlin mine in the Northern Territory, Australia’s largest diamond find weighed 104.73 carats and was valued at US $ 500,000.

Despite the major discovery of diamonds, Merlin was never able to reach its full production potential and was sold to a number of companies, including Rio Tinto (ASX:RIO, LSE: RIO, NYSE: RIO) and Ashton Mining and Merlin Diamonds (formerly North Australian Diamonds). 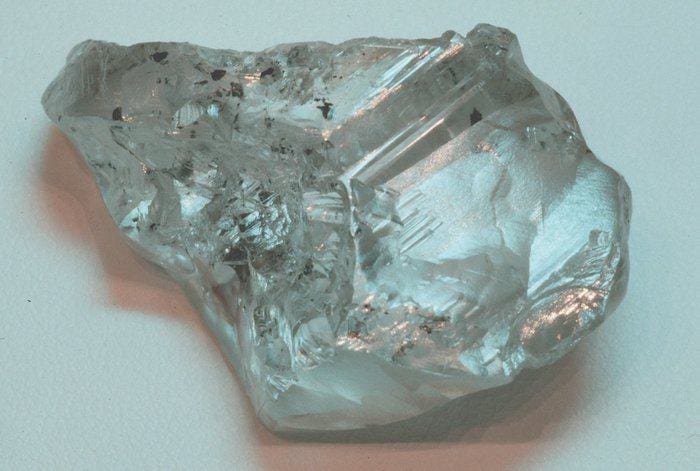 Image courtesy of the australian museum.

The most recent owner, Merlin Diamonds, was delisted from ASX in 2018. Deloitte was appointed liquidator in 2019 after an investigation by the Australian Securities and Investment Commission (ASIC).

“In October, ASIC launched an investigation into an A $ 13 million loan from the mining group to a private company associated with the owner of the diamond producer,” a statement read. deloitte report. “The owner of Merlin Diamonds, mining tycoon Joseph Gutnick, had entered into a number of such loans in recent years and has been shown to be unwilling or unable to repay the loans.”

At the end of 2020, Africa-focused diamond miner Lucapa Diamond (ASX:LOM) has expressed interest in acquiring the Merlin asset, adding the short-lived mine to its portfolio.

“Merlin is a multi-shaft mine development opportunity with underground mining potential and is home to Australia’s largest recovered diamond of 104 carats,” notes one December business declaration. “Lucapa believes that the properties also have considerable exploration potential with a significant number of unresolved exploration targets.”

Are you still investing in gold?

What happened to gold in the first quarter? Which gold stocks to watch in 2021?

Exclusive Information you need to make an informed decision.

Another memorable find from Merlin is a 35.26 brown / champagne rough diamond recovered in 2017. The stone is considered the fifth largest diamond ever to be found on the continent.

According to Geoscience Australia, the Merlin deposit produced on average more carats than Argyle, even though Argyle is considered the most remarkable diamond mine in the country.

“A number of small diamond ‘pipes’ containing a much higher proportion of gem-quality diamonds than Argyle have been mined at Merlin in the Northern Territory and at Ellendale in the western Kimberley region, which are currently not in service, ”says the government agency.

Known for its high quality large super white diamonds, a number of remarkable colored stones have also been discovered at Merlin.

In addition to the 35 karat brown / champagne stone, a 14 karat champagne colored stone was recovered, as well as a particularly rare blue diamond.

“Although only a small 0.124 carat diamond (the blue diamond) demonstrates the potential for valuable colored diamonds in Merlin,” Merlin Diamonds said in a statement. 2017 statement to ASX. “Blue diamonds are one of the rarest diamond colors and high quality blue diamonds are known to be priced higher than pink diamonds.”

Although renowned for its pink and red diamonds, the Argyle mine has also produced impressive white diamonds. One of them, a 28.84 carat white diamond, was recovered in 2019.

Nicknamed Argyle Octavia for its unique octahedral shape, the diamond is the largest white stone ever found in the mine in Western Australia. 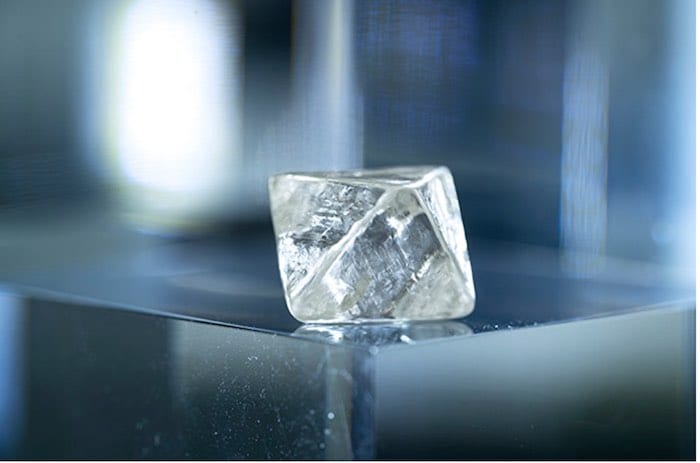 “We are delighted with this discovery which testifies to the extraordinary Argyle deposit which continues to deliver these miracles of nature, even as it approaches the end of the mine’s life”, Arnaud Soirat, general manager of the copper portfolio and diamonds from Rio Tinto, said at the time.

The largest pink diamond ever to be found in Australia is Rio Tinto’s Argyle Pink Jubilee. The 12.7-carat stone was salvaged in 2012, then cut and polished to a smaller 8.01-carat gemstone. The stone was then donated to the Victoria Museums and exhibited at the Melbourne Museum.

Argyle’s fame comes from the desirable pink diamonds she produced. However, these extremely rare stones accounted for less than 1 percent of its annual production (8 million carats on average). 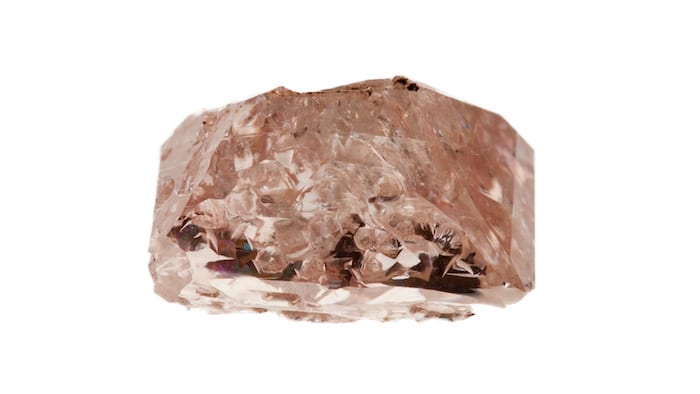 Among Argyle’s discoveries, diamond analyst Zimnisky’s most memorable is a red gem recovered in 2014.

One of the largest fancy yellow stones in the country was collected in 2017 by Gibb River Diamonds (ASX:GIB), which examined the Blina project in the diamond province of Ellendale.

The unique makeup of the Ellendale mine has produced many rare stones, including three extraordinary green diamonds in 2007. The region was also once responsible for over 50 percent of the high quality fancy yellow diamonds in the world. Former owner Kimberly Diamond Company has signed an exclusive agreement with Tiffany & Co (NYSE:TIF).

In 2015, the Ellendale mine was closed after producing around 1.3 million carats between 2002 and 2015. But exploration of the area continued – a few years later, before Argyle closed, the Australian government has announced plans to donate the formerly abandoned Ellendale. a new life. “

“It won’t happen overnight, but the restart of mining operations at the old Ellendale mine will be a highlight in the rejuvenation of diamond exploration and mining in the Kimberley.” says Bill Johnston, Minister of Mines and Petroleum. He also said A $ 230,000 would be spent to rehabilitate the site.

When exposed to ultraviolet light, gems turn purple. Glow-in-the-dark gems were once considered less desirable than other diamond classes due to their cloudiness and miltness, but there has been a small change in young people who appreciate this unique quality. 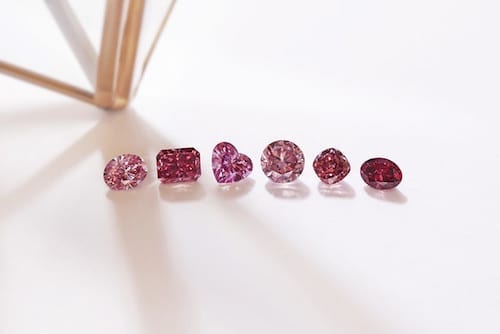 “Violet or violet fluorescence is normally associated with blue diamonds, so the fluorescence of these IBDH diamonds is quite unusual”, says John Chapman of the Delta Diamond Laboratory.

IBDH continues to hold mining leases for its L-channel deposit in the Ellendale diamond field, as well as exploration concessions.

Don’t forget to follow us @INN_Australia for real-time updates!

Disclosure of Title: I, Georgia Williams, do not have any direct investments in any of the companies mentioned in this article.